Introducing ‘Blockchain And Government In Europe’ – Lessons From BLING

LIKE! supported the development of local ‘innovation cultures’ in cities across Europe. Our content strategy pulled together the findings and lessons learned from our international collaborations and 9 key pilots into a series of 4 accessible, thematic magazines.

How Effective Are Fake Amazon Reviews?

Amazon is increasingly plagued by fake reviews and scams – this article in The Economist shows how sellers game Amazon.

Coronavirus, Retailing, The High Street, And The Charity Shop

Charity stores are an important part of UK High Streets – but a combination of collapsing footfall, higher costs, and the shift to online shopping all threaten the sector.

Retail Change And The End Of The House Of Fraser

Marks and Spencers have announced seven thousand job losses. What does this mean for M&S and retailing more generally? 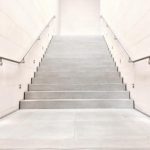 Apple UK has allegedly asked UK landlords for substantial rent cuts. In an environment where the value of retail space is a fraction of what it was 6 months ago, should we be surprised? 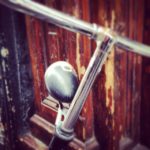 The main thing stopping a significant shift towards urban cycling isn’t a lack of desire -it’s a lack of bicycles.

Covid-19: The 3 Types Of Post-lockdown Retailers 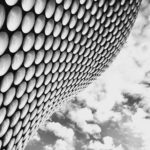 Now that retailing in the UK is starting to open up, we can break retailers into three groups – two you should support and one you should avoid.

We are starting to see some v. small changes in how transportation is changing in Covid-19 Scotland thanks to Spaces for People. What we don’t know (yet) is how much of the funding is going to benefit pedestrians/walkers.

See The LIKE! Magazine Video Introducing Our Work On ‘innovation Cultures’

See a video intro to the set of magazines I wrote earlier this year that capture everything that the LIKE! project has learned about accelerating innovation and building capacity by developing ‘innovation cultures’.

The Like! Cycle – A New Model For Building Sustainable Innovation Cultures

I developed the ‘LIKE Cycle’ as an iterative model for capacity development and innovation that builds upon everything we’ve learned delivering the LIKE! project. The LIKE Cycle is a both a pathway for individual and organisational skills development, and a roadmap for service innovation and development.